Help elect a pro-housing City Council! With the Affordable Housing Overlay under attack yet again (see below), it’s more important than ever that we elect our endorsed candidates, who will fight for a welcoming, affordable Cambridge. ABC also supports a YES vote on all 3 charter questions. 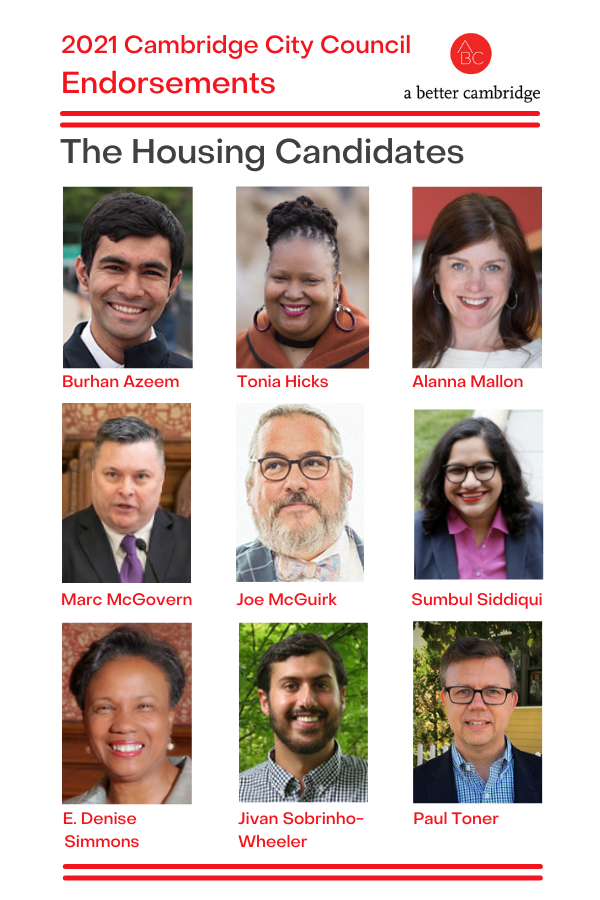 If you want to vote early (by mail or in person), click here for info.

Help us win this! Tell your friends, sign up to volunteer, and help us recruit more pro-housing neighbors to knock on doors (or phone bank, text, or hold signs on Election Day, Tuesday 11/2). For more, subscribe to our IEPAC’s election email list.

Lastly, don’t forget about the School Committee! 9th graders at CRLS have created an entirely-student-generated CambridgeVOTE! website with information about candidate platforms and policy goals. Also, if you’d like to hear from the candidates directly, see this video from the Cambridgeport Neighborhood Association’s candidate night.

At the City Council…