The city’s Housing Committee recently agreed on an increase in the linkage fee – paid by developers of commercial projects to fund affordable housing – from $20 to $33/sq ft. Councilors had previously raised the fee in much smaller increments out of concern that it might deter future projects. Given the continued stream of commercial development and the current hot status of the Cambridge real estate market, the committee unanimously recommended the full Council set the rate at the maximum legally supported by the 2019 “nexus” study, and looked forward to beginning a new nexus study later this year.

Would you like to help choose the next City Manager? You can apply for a spot on the initial screening committee until this Thursday (3/31) at 5pm. The committee will question candidates for the job at three in-person meetings in May. Check out the City Manager job description and requirements.

bers set up a table in Porter Square and distributed flyers spreading the word about housing issues and ABC. Additional tabling is planned for this weekend and the coming months. Contact Neil Miller if you can help. (More on other upcoming ABC activities below). 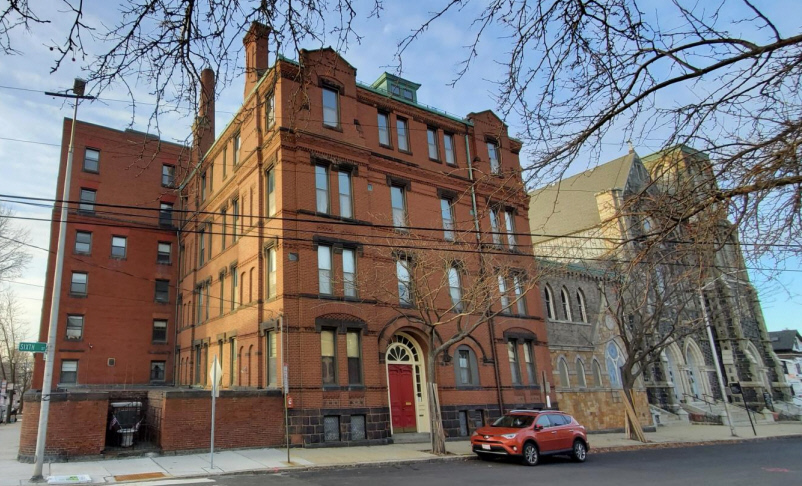 In East Cambridge, former convent, school and rectory buildings at Sacred Heart Church are slated to be repurposed as affordable rental housing. The Planning Board will hold an initial design consultation on the 46-unit AHO project on Tuesday, April 5 at 7pm.