Last month, ABC invited researchers from the Rocky Mountain Institute to share their findings on how housing policy can help slow the rate of climate change. They reported that building more housing in dense, high-income cities with jobs and access to transit can reduce greenhouse gasses from transportation, the economic sector contributing most to GHG emissions. RMI’s analysis shows that the US cannot meet its Paris Agreement target of holding warming to 1.5 degrees without shifting the amount we drive or where we build. Notes from the talk and Q&A, as well as a recording, are available.

A recent NY Times interactive feature, “The Climate Impact of Your Neighborhood, Mapped”, provides dramatic visual confirmation of RMI’s findings. Drawing on data that map GHG emissions to household consumption of goods and services -- rather than to actual sites of emissions -- the Times’s color-coded maps show that sprawling suburbs and rural areas are responsible for more climate-changing activities than the denser areas of larger cities. 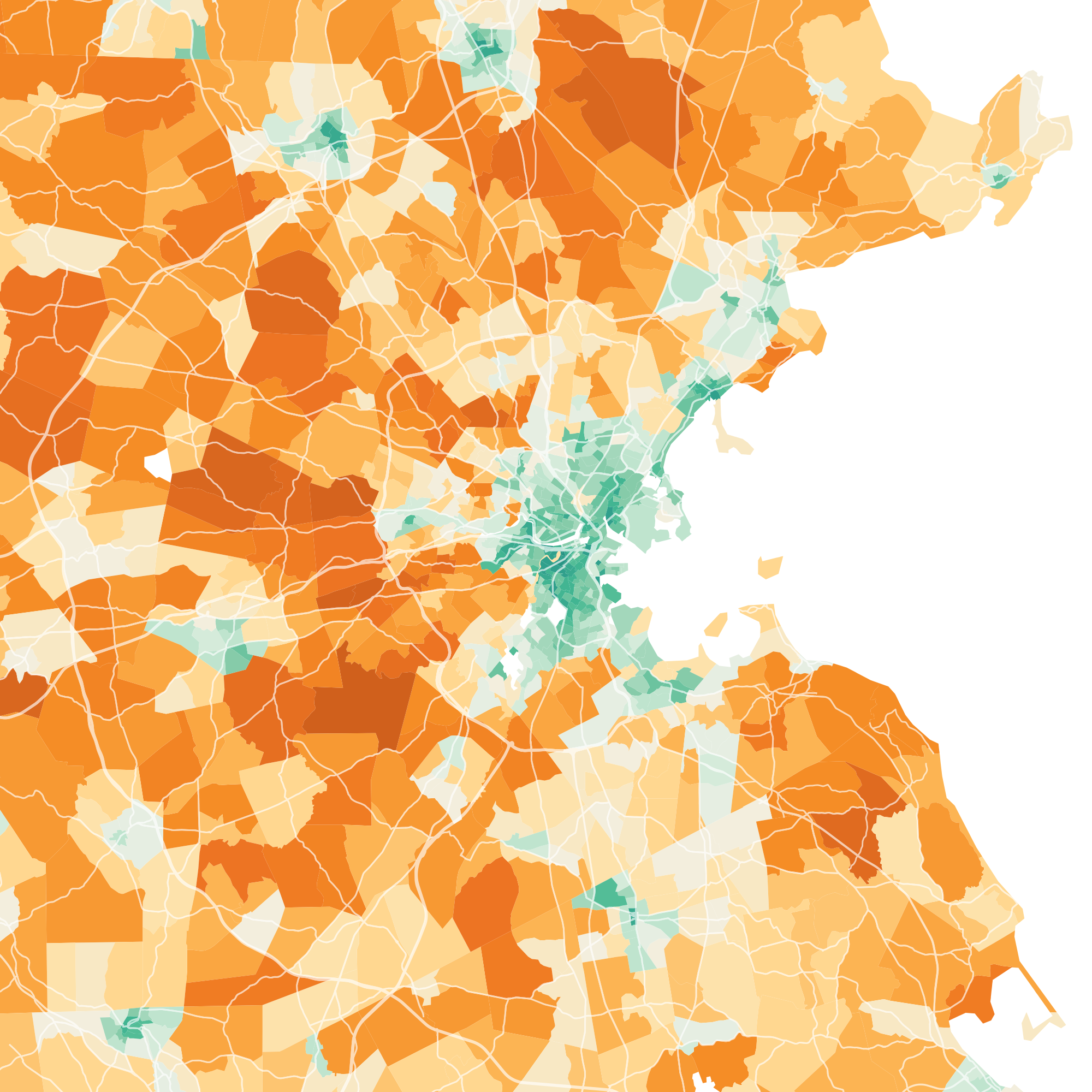