Next Tuesday, January 4, there will be a Planning Board discussion on concepts for ending exclusionary zoning in residential districts and allowing multifamily structures by-right. Unlike previous discussions, this one is not centered around a specific proposal like the recent Missing Middle Housing petition; instead, CDD’s presentation will include background information (slides 1-26) and a menu of possible approaches (slides 28-35).

While the planned CDD presentation is thorough, two concerns have stuck out to ABC members. One is a focus on the residence A-1, A-2, and B districts, which underplays the problems even with existing C and C-1 districts. Another is a lack of urgency about why ending exclusionary zoning is important and why the Planning Board should go bold. You can help provide that context by email until 5:00pm the day before (Monday, January 3) or live via Zoom at the Board’s public hearing. While the Board meeting begins at 6:30pm, the discussion will be the fifth item on the agenda, so you may have to wait awhile for it. 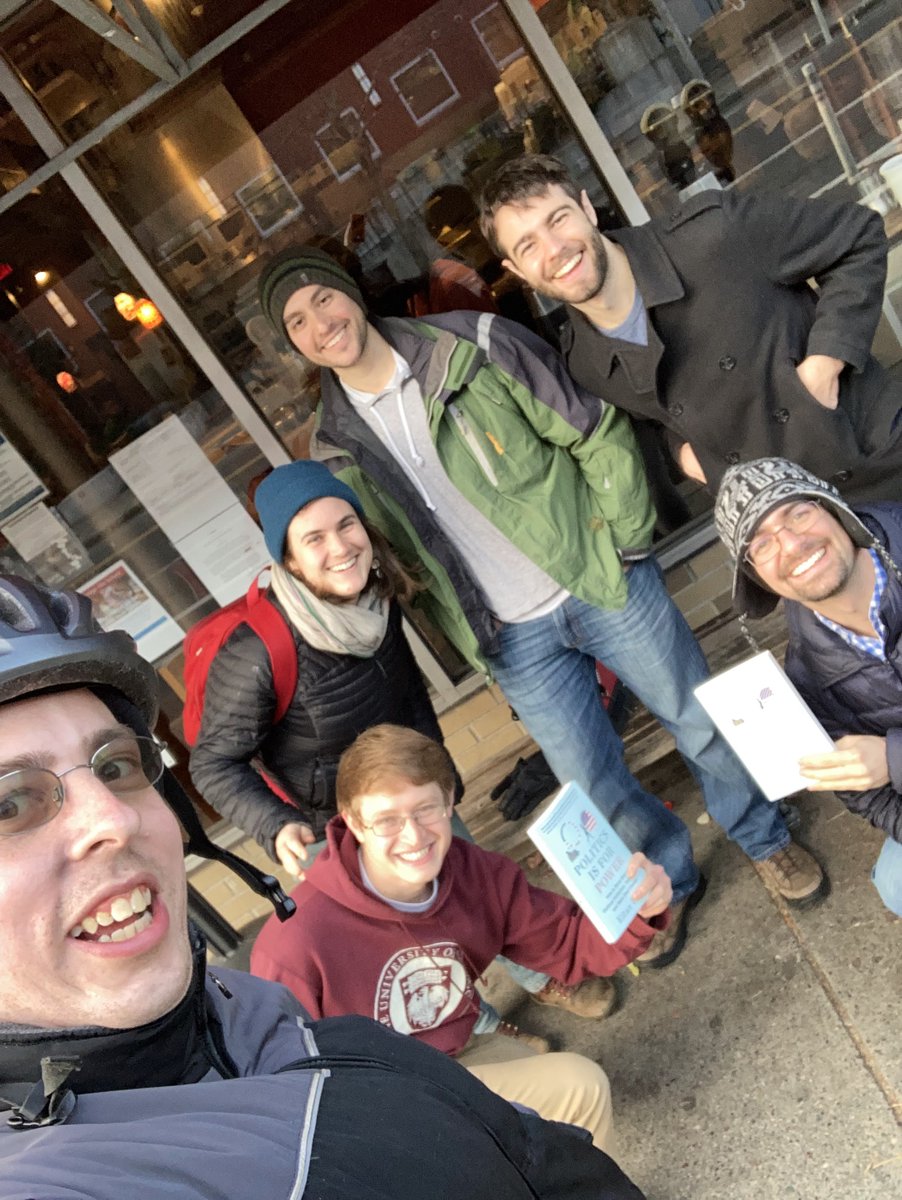 Pictured here are some of the attendees of ABC’s December book club meeting on Politics is for Power. Is there a book you'd like to read and discuss with ABC? Reply to this email.